In later years, premiums can be lower than term.

Coverage can last a lifetime.

To provide an accessible source of tax-free funds:  Accumulates cash value that can be used for retirement, college education, or emergencies.

Universal: has flexible coverage and premiums.

Whole Life: guaranteed to give coverage for the insured's entire lifetime.

“Living Benefits” can keep your family financially strong in times of financial stress.

33% say they don't have enough life insurance including 1/4 who already have a policy.

While 84% of Americans surveyed agree that we need life insurance, less than 60% of them actually have it, and 40% wish that they had more coverage.

Life insurance “you don’t have to die to use” can come to your rescue in case of critical, chronic, or terminal illness.

Initial Lower Cost:  Premiums can be lower during the early years of coverage.

The Need for life insurance isn't permanent:  lasts for a limited, pre-determined number of years.  Commonly called "Time Insurance" because it provides for specific, short-term needs.

Convertible:  ​Option to switch to permanent life insurance coverage without having to show evidence of good health.

70% of all households said they would have trouble covering everyday living expenses after several months if the primary wage earner died.

Life turns on a dime. You have no idea when you’ll “need” insurance. That’s why it’s important to plan ahead.

​33% say they don't have insurance, including one-fourth who already have a policy

​​Almost half of U.S. households are underinsured, with the average coverage gap of $200,000.

STROKE – Each Year 795,000 people suffer strokes every 40 seconds. Many end up with permanent disabilities.

CANCER – 3.5 million new cases a year. Average cost $146,000. Over 65% of expenses are indirect and not covered by traditional insurance. More than 13,500,000 people living today have survived cancer.Type your paragraph here.

You do not have to die for life insurance to work.

70% of the US population will suffer a critical, or chronic illness such as Heart Attack, Stroke or Cancer by the time they are 65. Most will live, but many will be financially crippled in the process.

Life Insurance can protect your family and business!​ 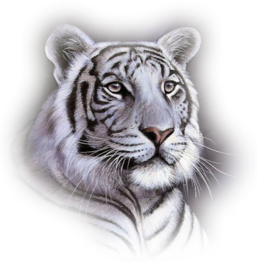 86% say they haven't bought life insurance because it's too expensive, yet overestimate its true cost by more than 2x.​